Yesterday, Audi started a contest on Twitter by inviting folks to provide their most creative and compelling definition of “Progressive Luxury.”  By including the hashtag #ProgressIs and the URL “http://audi.us/ProgressIs” in your tweets, you’ll automatically be entered into the contest.  Of course, that doesn’t leave you many characters to work with, but it’s worth the effort.  The Grand Prize is a track driving program in the Audi R8 (pictured here) at the Audi sportscar experience in Sonoma, California.  Audi will also award $25,000 to a charity on behalf of the grand prize winner.

In related news, the #ProgressIs hashtag will make an appearance in Audi’s 60-second Super Bowl spot set to air in the first commercial break after the kick-off on Sunday.  This will mark the first time a brand has included a Twitter hashtag in its Super Bowl television advertisement.  Twitter has changed the world, right?

Want to size up your competition?  Surf on over to the Audi site, below, to see the current tweets and add some of your own.  Contest ends on Tuesday: http://audi.us/ProgressIs 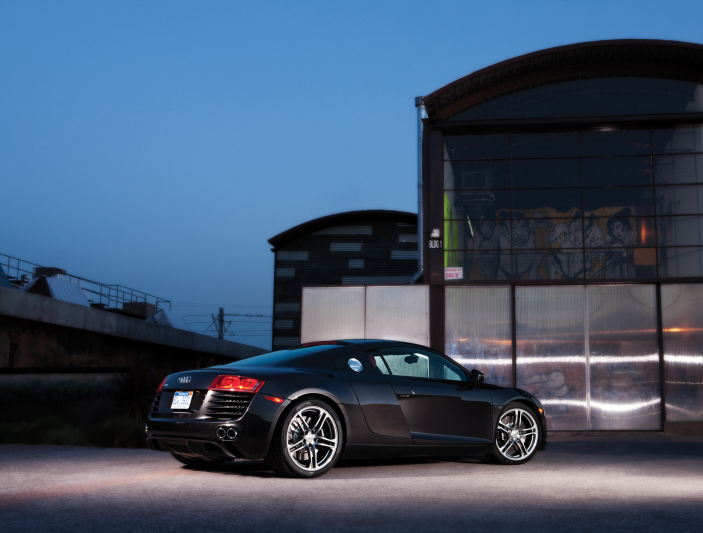